i know i have been awol for a while now, but i have absolutely not been inspired motivated the past few months(and busy with my final bachelor year).

i also bought an advent calendar today :DD because i've never had one before.

i haven't posted anything for a while. i'm almost kind of sad to have to say it's not because i have a summerjob. i haven't been feeling 100% well the past.. almost two weeks? i'm not sure what's wrong.

but here are some little cakes i baked and iced pink. they're nice. i used light applesauce instead of butter and whole wheat flour. that certainly sounds better. 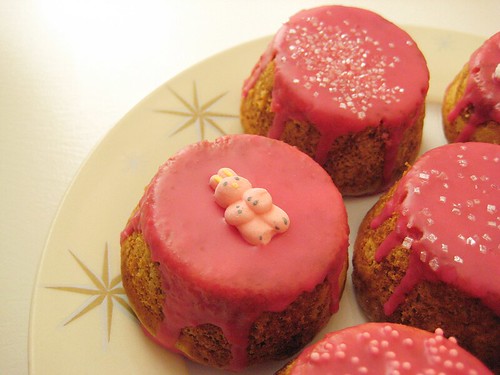 i promise i'll do something crafty next week(oh no, we're not big fans of promising). until then, i hope you are all having a nice summer! tell me about it! maybe you have some inspiration for me as well? ^^

sorry to bore you with another shoe post. i must admit that it's my one and only true love. (thank god, at least that saves some money.) and this is yet another example how far i would go for shoes(even when they're not the most high-end, limited or exclusive shoes), sometimes you just have your heart set on something, quite inexplicably(or not). and then the only things you love and can actually have are shoes. so you go wildly at it. in hopes of filling enormous empty spaces. 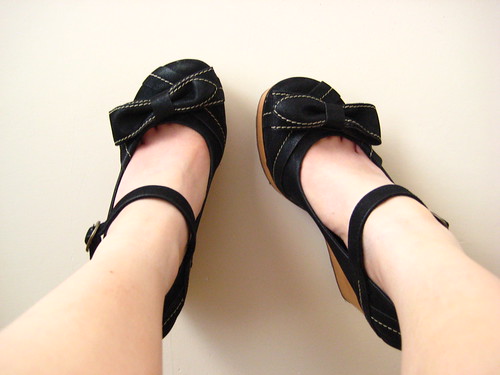 today was my last exam(for now), so i have vacation(for now). i am 'supposed' to get a summerjob(it's what they all do, isn't it?), but so far i haven't found anything i like. i'm not sure what i'm going to do yet. we'll see.

i think most people who'll read this know zara, the clothing store. i don't like to go there because it's a pretty popular store here and it's always busy and the women go crazy and everything is a mess(like h&m, but pricier). but i also know they sell pretty damn cute shoes and since i simply had to have new shoes(the weather has been great but it's getting colder and rainier again next week..) i went. i don't usually have the best luck, so i could only find one left shoe in my size(oddly enough, we later found that there was also only one right shoe in a size smaller, so we suspect someone bought uneven sized shoes?). it's just kind of strange that zara puts out their shoes like that and say it's not unusual that they just lose shoes sometimes(most of them were tagless too..). i got them at a different zara in a different city where they still had three (matching) pairs in my size. i'm not sure what drives me so much into buying new shoes sometimes. 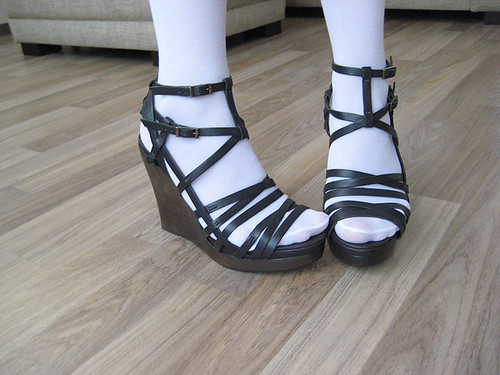 in other words, i'm done with my exams. i'm not sure what next period is going to be like. i did buy a strand of little roses that i'm going to use as soon as i get some black ribbon(which will be wednesday i think). next week is also koninginnedag, dodenherdenking and bevrijdingsdag, and a day in between, so four more free days. i might be able to sew some. but i don't plan that far ahead. ;) 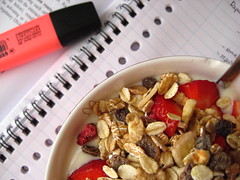 this is not a broken bowl
Originally uploaded by borderbasher
i want to post more!!! but i have to study! i have a lot of sewing plans but i'm going to have to work them out so i have an actual plan and not stop halfway and ask my mother to finish it for me. my sewing skills are deteriorating. T_T

i have three exams coming up and still some practicals to do(6 full mornings). i hope everyone has a nice easter and good weather! who doesn't like eggs and brioche? and chicks and bunnies! ^O^ 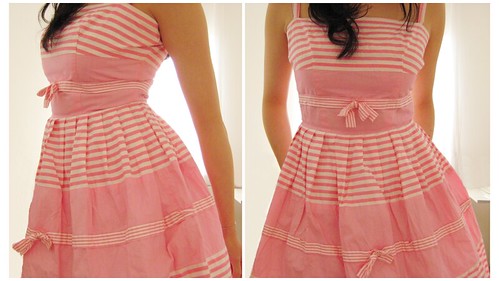 new vintage party/summerdress! (i really don't have any parties to go to though. and it's not that warm yet.)

i failed at going over my notes once more for the exams next week and made a bow necklace! i saw one at some site(i forgot which one!) and i had some leather bows lying around.

one more week with two exams. i'm hoping to get some sewing and reading done in my christmasvacation. and i desperately need a haircut(i don't like getting my hair cut so i put it off as long as possible but it's getting too long T_T). 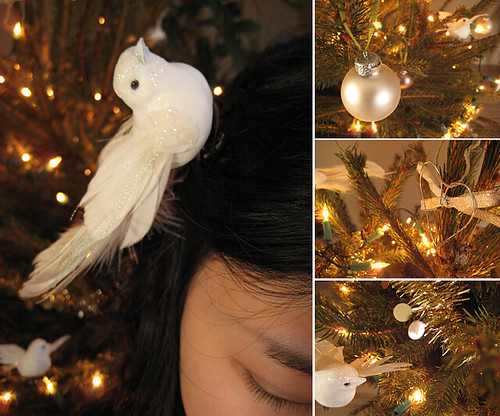 i like birds in my hair and birds in the christmastree.

(obviously i fail at taking pictures of my hair.)